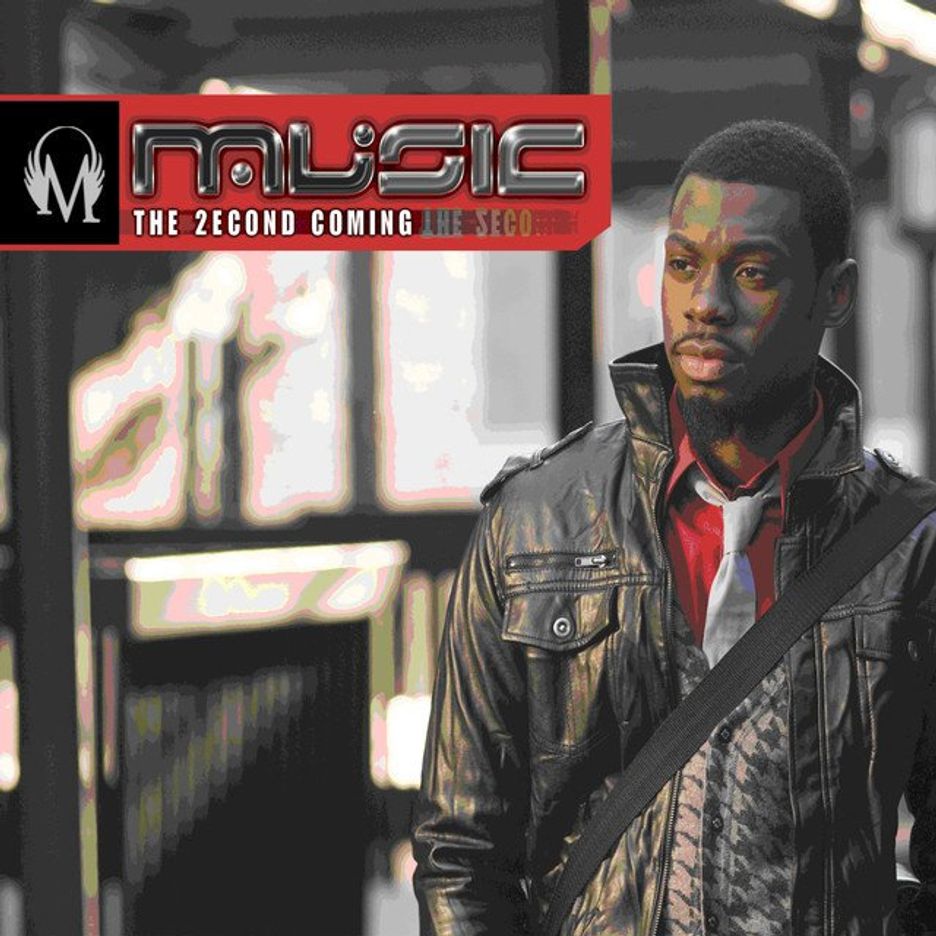 The 2econd Coming, by Mali Music is one of the most creative gospel albums I’ve ever heard. I like to think of this as the experimental gospel album. Mali combines gospel vocals and a gospel message with multiple styles of arrangement and production.

This gospel album is all gospel message but not all “gospel” music. Mali combines, hip hop, gospel, r&b, and rock to make the most unique and creative gospel album I’ve ever heard. I’d also say it’s his best album as well. When I hear this album I hear a lifetime of musical inspiration exploding out to honor the Lord.

On a side note, I think a lot of time the first album from an artist is their best because they have literally been waiting their entire life to make that work of art. Every song has been slowly cooking in their mind and spirit until it finally forms for the album. Also the realities of the music industry don’t fully have their weight on the artist yet. This seems to be the case with Mali as with many.

There is so much to discuss with this album, but for the purposes of this post, I’ll focus on 5 tracks that are the highlights. Just to be clear, there are way more than 5 good tracks on this album.

The first few tracks on the album Mali experiments with almost heavy metal arrangements with electric power guitars. This track is when Mali settles into an arrangement that will be closer to his signature sound. Mali loves to play with changing his vocal tone, pitch, cadence throughout his tracks. This is really the first taste of his signature vocals as well. If you like mainstream artist D’Angelo, you’ll LOVE this track.

This, to me, is Mali at his best. The track starts with a tribal beat, then moves to a deep bass guitar with Mali beginning his vocals with a higher pitch than his typical singing voice. From there, Mali begins to layer harmonies, keyboards, and more to a crescendo. After this crescendo, a completely new beat comes in with a simple jazz piano/r&b beat with Mali praising the Lord. The song finishes with just a keyboard playing.

So much creativity in one song. The production is constantly moving and growing. The vocals changing pitch and shape through out with harmonies added and subtracted. I love when artists aren’t afraid to play with the arrangements or vocals, and Mali shows he’s not afraid!

This song is a standout because it is the only traditional gospel song on the album. Now even in that designation, Mali still adds electric guitar to the arrangement by the end of it. The simple message of all praise to our God is a great praise song. All Glory to our God!

I selected this track as this is the Mali you can expect to hear on subsequent albums. This track is the genesis of his signature arrangement style, writing, and vocals. The lyrics of the song are about being available to the Lord. I’m definitely glad that Mali let himself be available for the Lord to pour out His creativity through him. May we all be available to be used by the Lord.

I chose this album as it demonstrates that God doesn’t need a bunch of production and arrangement to show his creativity through Mali. With some hand claps, foot stomps, and a tambourine Mali has an amazing praise song. The harmonizing of his vocals saying “We don’t need no music” gives the song a depth while the “instruments” keep driving the track forward. With little production this song has some of the most energy of any track on the album. Great creativity and also demonstrates that you don’t need sophistication to glorify God musically.

The Glory of the Lamb, Higher, I Hate You

I had really forgotten about this album until I started looking back at my musical journey in the Lord. This will be going back in the rotation. Such beauty and such creativity in glorifying our God.

I am really excited for the creativity of artists honoring the Lord, but I don’t want the praise to be lost in the creativity. Mali’s album, The 2econd Coming is one of the few, even from Christian artists, that fully captures God’s creativity and fully gives Him the Glory for it.

I hope there are more albums like this to come from Mali and others who seek to honor the Lord.

You can find this album on all the major streaming platforms and digital marketplaces.

One warning on this album. The audio mixing hasn’t aged well and when some of electric guitars come in, it can be pretty high pitched. If you like to listen to your music loud, be prepared.

I hope you are enjoying this trip through my music journey in the Lord.

Lord willing, I’ll see you tomorrow with another album from my journey.