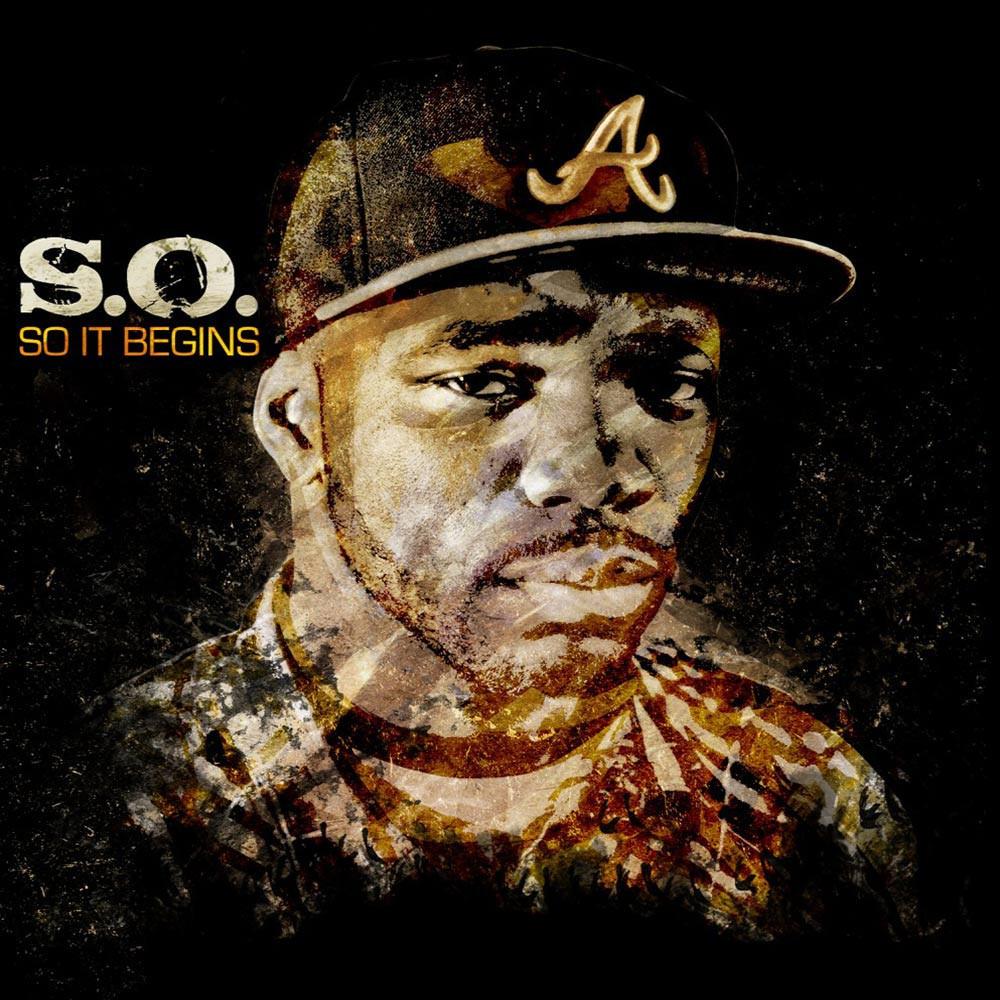 Today we are back to looking at my musical journey in the Lord. The next album that really stands out for me is So It Begins by S.O.

S.O. is a hip hop artist from England, real name Seun Otukpe. He is one of the few Christian artists that has actually studied theology academically. He studied reform theology while at Durham University. Sadly, I’d rarely thought of Christian music in other countries until finding S.O. There was a British rapper on Lecrae’s Rebel album, and that was probably the extent of my exposure to international Christian artists.

His first mixtape, The 5 Solas, was when I was first introduced to him. The 5 Solas is a very doctrinally heavy project about the 5 pillars of reformed Christian theology. His ability to take deep theology and turn it into good music was very exciting to hear. When I heard he was doing a proper full length LP, I anticipated something special.

While The 5 Solas, is very doctrinal, So It Begins, is very personal. Some call his style, especially early on, Emo Rap. He really talks about his emotions and how love, loss, and faith has shaped him.

There are a number of great tracks on this album but these are the 5 highlights to me.

This is the intro track to the album and really sets the tone. So It Begins talks about S.O.”s journey to this album. From the mixtape, theological studies, and finally signed to a label as a full time Christian rapper. S.O. also talks about his struggles with doubting his own ability and desire that this album, his career, and his life would point to Jesus. This track is the thesis statement to his life and career.

In a very personal track, S.O. talks about his mental health and confidence struggles. He discusses how he struggled with his faith and questioned not only if he was still saved and elected, but if he was ever saved. This whole track, especially the chorus, makes this song almost a prayer. He is concerned his temptations and weaknesses will take away from his ministry. In the final verse he states we have to remember the promises of the Word and that we are saved through Christ’s sacrifice and God’s grace, not in our strength. He asks the Lord to hold him close even through the lows and the highs as he runs this race for Him.

All I see, is pain mixed up with rain, every day it stays the same but

My praise ain’t gonna change in any big way ‘cuz

All I need, is Christ my strength and I’m convinced, while suffering now He offers me

A hope in the sense that I’m content, while showing His, All I Need

This track has a great funky soul music inspired production with a great bass guitar leading the arrangement. As the title makes clear, the track is about what makes an appealing christian woman. At this point in his life, S.O. was single and he’s describing what the Word says of a woman of God. He also contrasts what the world says is an appealing woman versus what the Lord says. The cross is where a woman of God is found, and THAT is appealing.

This is arguably my favorite track on the album. This is the most stereotypical hip hop production on the album, and S.O. rides it perfectly. The production has scratching and samples of some original christian MCs, Shai Linn and Timothy Brindle. Love the production. S.O. discusses that he is here to tell the good news to the world. He give the good news directly to the listener in this track with great lyrical dexterity and creativity. Like I said, THIS is the best track on the album from a purely musical/hip hop perspective. The Gospel, this is the essence of S.O.’s music. To God be the Glory!

Love Is, Quest for Love, Sure Thing

As I relisten to this album, there are just so many good tracks. It’s definitely one of the best albums in Christian Hip Hop. If pushed, I’d potentially call it a classic of the genre. This album set him up for great success. 30 million streams across multiple albums and platforms, with tours all around the world. S.O. is one of the top tier artists in the game.

On a side note, this album came out in 2011. This time around 2010 and the next few years was the turning point of Christian Hip Hop. The careers of some of the best in the game were launched at this time and set the genre to not only have great success with Christians but also break into mainstream as well.

To God be the Glory as these skilled craftsmen glorify Him through amazing music.

Check So It Begins out on all the major streaming platforms and you can also buy it on all digital platforms. Be blessed with great music, sound theology, and music that praises our Lord.