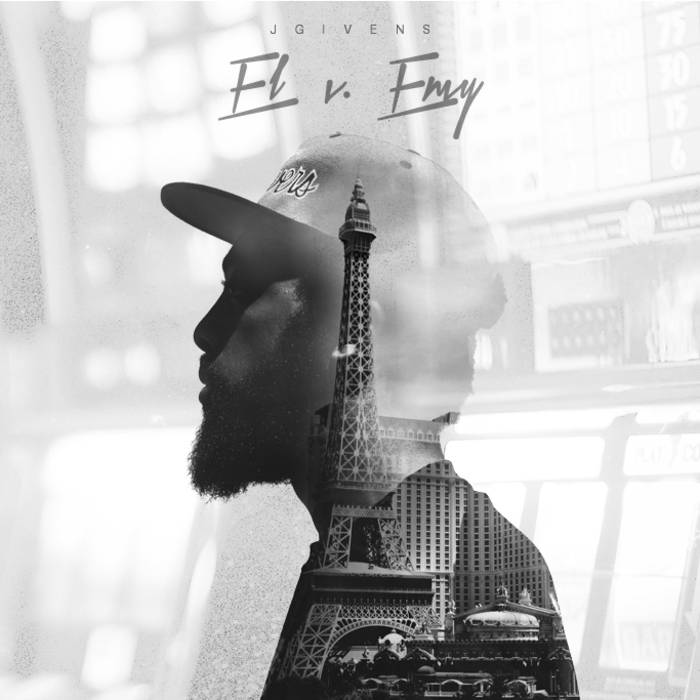 Go listen to this album!

Now that that’s out of the way, keep reading.

I honestly don’t know where to start with this album, there is so much to it.  So I’ll just start with this; this is my high bar for Christian Hip Hop (CHH) albums, and in my top tier hip hop albums, period.  This album is unashamed Christ, yet the product of a skilled workman that can be put up against any album artistically, creatively, musically, or lyrically.

To give you a little background, I’d planned to write a regular album review about why the sound and flow and lyrics are so good on this album and why that should put it in your playlist.  But when I was flying back home, I prayed that the Lord would show me whatever I needed to see in this album before I started writing. What He revealed, that I’d NEVER seen in the dozens of times that I’d listened to this, was that this is a concept album.

This album, with its individual stories in each record, collectively tells the story of our walk in faith.  From belief, to temptation, to revelation, it’s all in there.

The first 4 tracks are a Las Vegas story.  They speak to the specifics of life in Las Vegas, but can apply to wherever you live.  Beginning with ‘Help Me, Obi-Wan Kenobi, You’re My Only Hope’ our collective story in faith begins; El(ohim) v. Envy(sin).

Help Me, Obi-Wan Kenobi, You’re My Only Hope

This track is us asking the Lord to save us.  Christ is Obi-Wan Kenobi, HE is our only hope.  With the chorus saying “who’s going to save ‘em”.  His discussion on truth is JGivens speaking to us saying that God’s truth is the only truth and we need Obi-Wan, aka Christ.  “I can’t believe my unbelief has got me sinking, whoa.”, “It may sound stupid” is J refuting the things the world tells us, and to our unbelieving self it does sound stupid.  He ends it with “save me from this illusion Lord” At the end of the track, we’ve begun to move toward Christ.

The Pledge: “They Say” featuring Braveheart

As the chorus says, we are praising the Savior after having been told our truth is false.  “They say we should give it to God.” Braveheart  continues the press for us to give our lives to the Lord as he reminds us that we let drugs or other things block us.  JGivens and Braveheart are giving the Gospel to us. “They say all my problems have been filling up my mind, and they say I should follow you and give it up to God…”

When we finally accept Christ and are accepted into the flock, “You are not alone”.  JGivens speaks of those who when trusting the Lord did great things. He speaks of all the people who’ve blessed him in his journey in Christ.  As J says, this is for my brothers. We “don’t have to fly alone” and “Unity will roll with you.” The Bible says we can’t be island Christians, “God’s in community, Father, Son, Spirit, plus you and I.”

The master of the mirage is introduced.  After we are accepted into God’s community through Christ, satan is literally introduced Las Vegas style.  As J tries to describe the ways he will destroy you, he is gunned down. Once you accept Christ the devil is officially gunning for you.

Once we accept Christ and have His freedom, the devil will try to put you in bondage again.  He will tell you that Jesus’s “road to heaven is mass deception” We are now walking in the lion’s den when we accept Christ.  JGivens then has a conversation with Adam/us and the serpent in the Garden. The devil will not allow a hook as he is constantly on attack.  Satan wants us to acknowledge that we hate God and to let other things be our master, specifically ourselves. The devil tries to distort God’s love and even tries to use the fall of others to tempt us.  As JGivens says, “Eve is already deceived”.

One of the ways the devil attacks is through our desires.  The devil will have you think wants are needs. We will “entertain these heathens even while we send payments to Jesus”.  The devil will have us get caught in religion instead of relationship. The truth of needs over wants is usually missed by the people who need them most. “the masses always prove to be the most ignorant classes”

Once we stand through the temptations and the lies of the devil, we can and will be persecuted for our faith.  The record speaks specifically to the plight in places like the middle east, Egypt to be specific. Yet, when we stand for the Lord, “may the blessings fall on you”.

The other aspect of our faith that we will have to learn is to “hear the whispers of the lessons learned in Egypt, listen and be strategic”. Just as Jesus did, there are times when we will be on the offensive and others where we need to exit quickly.  Can’t Say isn’t just about the person who’s being persecuted and hunted, but shares the lesson that there are times where we will have to be wise in when we share our faith.

The Maxwell intro says it all, that there are times where we will stumble and fall, but He will forgive us.  All have sinned, and as Paul says we do what we hate, even when we know the Lord and are free in Him. That sin, whether before we knew the Lord or after, will continue to attack us.  What happens in Vegas doesn’t stay in Vegas.

There will be hard times in our walk.  When these times come, we can question if what we believe is a lie.  This isn’t new. Even John the Baptist after sitting in jail for months questioned his faith in Christ.  Hopefully we “won’t be able to turn our head away” from Christ during our hard times.

The community spoken of in earlier tracks and the friend discussed in the song can help “fortify you and I”.  Just as the friend in the track speaks, these times will give us a “heart check” to determine “who do we idolize”. Just as the more overt efforts, the devil is always after us. “distorted view if you assume the dragon flies”, reminds us it’s not always going to be in the clear cut lies and evils that the devil will use to get at us.  Hard times are a fertile ground to test our faith.

Through hard times and all the issues of life, stay cool and continue toward the high calling.  “The sunshine or rain, don’t mean a dang thing… Don’t let the weather shake you”. Life can leave us with our face down and cause us to become spiritually embarrassed but we need to stay cool and not let the weather shake us.  “Keep practicing atlas tactics” and “let Him fight for you”, (Matthew 11:28-30).  When you stand in your faith through the hard times, others will see your strength and recognize your testimony to help strengthen them.

When we learn to not let the weather shake you and learn to let him fight for us, we are called His friends.  As the Word says, when we abide in Him, He will abide in us and call us His friends. We, as new creatures, are His friends.  To bring the symmetry, we are “more than c3po and more like quigon-gin”, obi-wan’s master, because we now know the Father through the Son.

The Gospel pure and simple.  After all the similes and analogies, J gives us the Gospel plain and simple again because we need to “tell these kids about the Lord, whether they want to or not”.  We have been called to a greater purpose to feed the hungry everything on our plate and shine like the Light. Though we all aren’t from Vegas, “me and you, yo momma and your cousin too, rollin on the strip” of life; we all need his “mercy sweet and low”.  “He thought it nothing to come off the throne” to save us from the Vegas strip of our lives. They criticized His mission, but He came to save us all, like a huge pokeball.

Revelations.  It all falls. “you’re blessed if you listen” and know the Lord.  All the demons you toyed with and the rebellion we sowed we will reap if we “war with the winners” because the “high score was made for His initials, G. O. D.”  Please listen.

As I started off, this album is my high bar for CHH for the many audible reasons that are evident, but also because of the unparalleled concept that is so expertly woven that I never saw it until asking the Lord.  I hope this album is as great a blessing to you as it was to me.

To JGivens, “keep practicing atlas tactics” and continue to lift up the Lord and this genre.

Please support JGivens at his Bandcamp, Itunes, or Google Play.