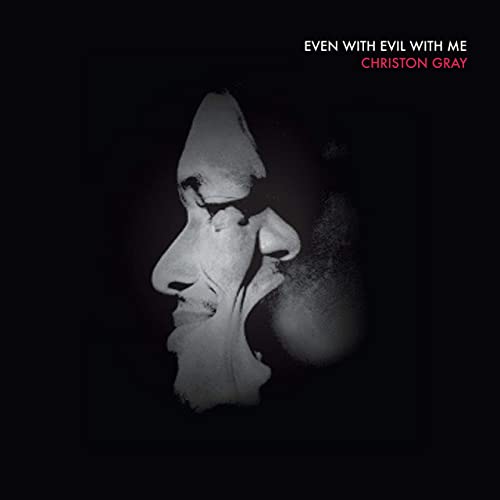 Even With Evil With Me – Christon Gray

Christon Gray’s album Even with Evil with Me was the first Christian R&B album that I really liked. This was also the first Christian album I recommended to Chantal that she ACTUALLY jammed on her own. We quoted lines from this album for a good while.

This was Christon’s first album, released in 2011. It was an independent project, before he signed with Collision Records. It was also the first Christian R&B album that sounded just as good as any secular r&b release.

At the time, we only found gospel albums or contemporary christian music. The middle ground of r&b albums were not really a thing in christian music, that we’d heard of. Christon’s album immediately reminded me of some of the best from the mainstream artist Donell Jones. I’d never heard music like this honoring the Lord.

This album went into heavy rotation quickly. The music is modern, yet gospel, yet jazzy, but all capped with Christon’s great vocals.

There are many quality tracks on this album, but there are 5 that really stand out.

This track is a pure love song. This was also a first for any christian album I’d ever heard of! This just solidified that this is a r&b album. The other thing that was interesting was that it was the first time I’d heard a love song to someone’s wife. Most r&b songs either never mention if it’s to a spouse or overtly say it’s to random women. A great song.

This is the intro track and I think it sets the stage perfectly for the album. It sets it’s r&b AND christian stakes in the proverbial ground. The track talks about how we are flamingo’s in this world, standing out from the pack. He encourages us to seek the Lord and stand out. The funky/r&b arrangement also grabs you right away. Have to give a shout out to the great flute work (that’s not something you can say very often).

This is Chantal and I’s favorite track. This song is a musical version of the Bible story about God calling people to His banquet feast. In the Bible story, Luke 14:16-24, everyone gives different excuses for why they can’t attend. This is just a fun track with an 80’s synth inspired arrangement to start that morphs to the beautiful piano led beat during the verse that finally becomes a big synth sound again for the chorus. To have the Bible presented in such a creative way is just a huge blessing. Praise the Lord.

Even With Evil With Me

The title track for the album is a beautiful simply arranged track about our need for Jesus. Christon sings how we need Jesus and are no good without Him. The arrangement of only a piano and an upright bass is perfect to allow the beauty of the lyrics and Christon’s vocals to shine. We are weak but He is strong.

This wasn’t my favorite track when we first was listening to the album years ago. However, the amazing arrangement, and especially the lyrics just resonate so much more with me now. The first lyrics hit my soul when I listened again for this post.

Today, I know better than to say what I’ll never do

Life had to put me on my knees

And you see me with love and meekness

The lyrics continue to discuss moving forward in our faith and growing in our knowledge and obedience to Jesus and His commands.

On top of the great lyrics and vocals, is arguably the most creative arrangement on the album. There is beat boxing, a great bass guitar, vocal harmonizing, with some soft jazz/r&b keyboard as well. It sounds like it would not go together, but it melds perfectly. It’s weird to say that it sounds like home, but I feel like the production would be perfect with my parents old Sade albums on road trips. I can just see myself eyes closed in the back of the van vibing out cruising the highway…

There are so many good tracks on this album, so a quick shout out to Reign, Slow Down, and Crazy as well.

It’s should not be a surprise that I recommend this album. It’s held up VERY well over the last 10 years. Christon’s vocals are still great and the production is proving timeless. You can purchase or steam this album on all the major platforms.

I think I’ll continue to share some of the best albums I’ve found in this journey.