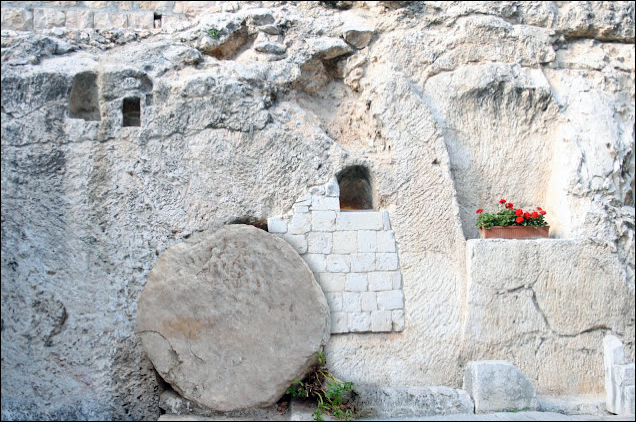 When Jesus was killed, even the disciples doubted, or didn’t believe He would actually rise again. Even though He told them many times they did not fully believe it would happen.

The Road to Emmaus

And He said to them, “What sort of things?” And they said to Him, “Those about Jesus the Nazarene, who proved to be a prophet mighty in deed and word in the sight of God and all the people, and how the chief priests and our rulers handed Him over to be sentenced to death, and crucified Him. But we were hoping that it was He who was going to redeem Israel. Indeed, besides all this, it is now the third day since these things happened.

This passage is actually from Jesus appearing to disciples on the road near Jerusalem but not revealing who He is. This passage, as they talk to the risen Jesus, shows that even those close to Him doubted and potentially did not believe that He was going to rise.

Another example that many, if not all doubted that Jesus would rise, comes from the disciple Thomas. Thomas, who was one of Jesus’ 12, did not believe his fellow apostles when they told him Jesus was alive.

We are on the other side of the cross, so we know our Lord rises. For His contemporaries, seeing Jesus actually resurrected was beyond their comprehension. The day after Jesus’ death was not a day of anticipation for His resurrection, but a day of mourning. To them, the Messiah doesn’t die, and Jesus was dead.

The beauty of this day, is it is followed by God, once again, keeping His promise and raising Jesus from the dead. When Jesus rose, He went to those who loved Him so their doubt could be removed and their faith and belief restored.

Jesus will do the same for us when we have doubts. Just like His closest followers stayed near Jerusalem after His death, if we stay close to Him, even with our doubts, He will come and meet us where we are to remove our doubts and restore our faith..

Thank you Jesus for your faithfulness, even in our doubts.

Thank you for coming on this journey during lent. We have one more day of lenten posts. Lord willing, I will see you all tomorrow!